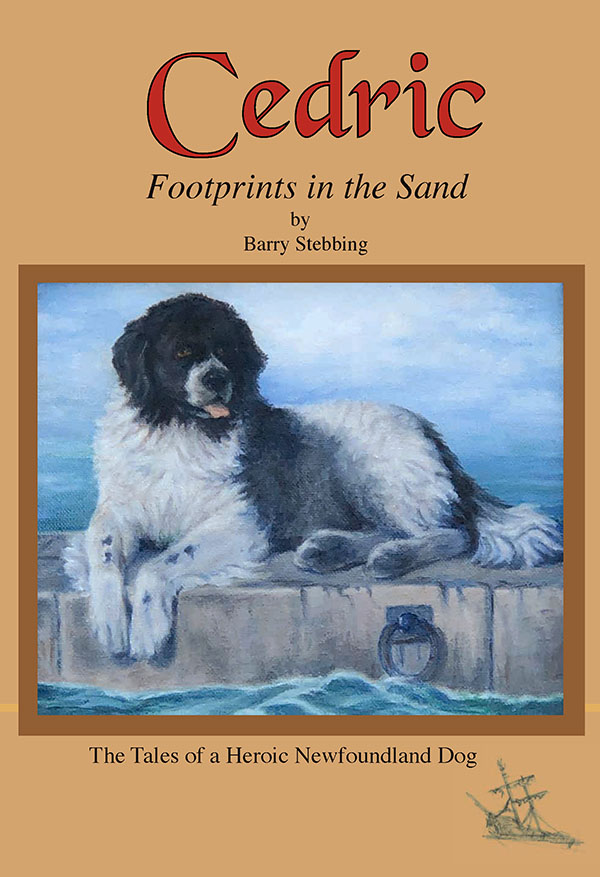 About the Book: Cedric wanders between the lines of reality and our imagination. Based on a true story. The tale commences in the earlier years of the 19th century and the Victorian era. Threaded with romance and heroics, ideals and art, it will inspire both young and old. Written with a Godly perspective, Cedric brings the reader to a higher level of appreciation for what is pure, virtuous, and of a good report.

See the product description below for a sample chapter.

Category: Books
Tell Your Friends About "How Great Thou ART!"

Sammy stood facing the sea as the nocturnal hour merged with the first faint light of day. He continued to stand there and consider the deep tone of gray looming over the distant sea. The gulls sensed it too, gliding haphazardly for safety. As the stiff wind from the northeast blew, he knew something portending was heading inland. Sammy knew the signs like the back of his hand. The other fishermen arrived having the same sentiments, muttering that they would not be taking their boats out. For that matter, they would not be working on their knots or any other maintenance as they quickly strapped everything down and headed for home.

Sammy was alone once again. The sky remained ominous throughout the early hour as horrific waves pounded the coast and crashed against the feeble pier with all their fury. He made his way closer to the surf, leaning into the headwind to better understand what was bearing down on the village. The rain was all but blinding. A final gull passed overhead, sailing southward upon a gust, giving a foreboding cry before fading into the sober gray. Sammy squinted to see the pier. Like a brazen monument, soaked and undaunted, Cedric, remained unmovable.

Pinky was at his post inside the Wayfarer Inn, the wind pressing through a crack in the window with an eerie sound. Though the rain bleared everything, he could still see the faint image of Cedric, as stalwart as the best of soldiers

The tempest had violently pushed the noble Bonnie Lassie to its brink. She abruptly rammed into a sandbar with planks groaning and strained halyards and sails, bow rising heavenward as if imploring for mercy. A final wave crashed broadside, severing the vessel from bow to stern, as each half drifted apart, slowly sinking.

Pushing on against the powerful waves, Cedric remained focused on where the ship had gone down. He heard the vague sounds within a whirlwind of crying and agony, lifeless bodies passing by. Immersed within the violent sea, battered and exhausted, he finally reached the void where the ship disappeared. It was a scene that had become all too familiar; people struggling desperately to survive, gasping petitions to God. But who would he save? One may ask, “At what point does God intervene and who will He spare?” One may even inquire, “Can God’s hand even direct a dog?” Cedric focused on an elderly woman. Hanging onto a plank for dear life, she was all but immersed in the relentless waves. Her silver hair now wet and scraggly, her face gaunt, drawn and sallow. As she plead and whimpered like a child, Cedric lunged towards her with a renewed strength.

He pulled alongside. Frail and soaked to the bone, eyes closed, her face racked with havoc, she released her feeble hold and began to sink. Nudging her with his head, her eyes open. A weak smile surfaced as she vaguely sensed a breath of hope. Desperately reaching out, she wrapped her feeble arms around his large shoulders and grasped his collar as he labored to return to shore.

Pinky knew that a vessel had gone down. Why else would Cedric have leapt off the pier into the savage sea? It is late in the day. He stood on the beach looking north, anticipating Cedric’s appearance. Finally, he saw an image in the pale gray. It was him. Returning to the Inn, Pinky yelled for Jarvis to come quickly and bring a blanket. He then grabbed his cane and hobbled toward the beloved creature as fast as his good leg would carry him.

It was quite a distance before they met. Cedric stopped short, not waiting for a warm greeting, Pinky following as best he could. A mass of carnage encompassed his stride, debris and bodies strewn everywhere. The dog continued to weave in and out of crates and chests, halyards and shattered planks. Pinky saw him pause next to a body, imploring him to hurry.

Out of breath, Pinky finally reached the body. It was an elderly woman, imprinted in the sand, drenched to the bone. She lay motionless, her face a sallow blue, the tone of death. Leaning over he felt her pulse, “She’s still ‘live, Ceddie boy.” Lifting her the best he could, he began the long journey down the beach. Jarvis arrived and covered her with a blanket, relieving his friend by carrying her body the rest of the way.

Bertie was waiting outside. Though freezing, she was hoping and praying for the best. Then she saw them, her husband carrying a body with Cedric by his side. She quickly pulled two tables together next to the hearth and gathered several more blankets. The door pushed open as they made their way to the tables and gently laid the woman down. Cedric, weary and soaked, found a quiet place near the fire to rest.

Bertie checked the body and whispered, “Thank God, she’s coming alive. Quick! We need to put something warm around her.” Retrieving a heavy robe, Bertie discreetly undressed her as the men looked away. “Oh my, look at this.” An exquisite necklace was around the woman’s neck. Bertie also noticed that her dress was of the finest quality. Not that it mattered, for to them all people should be treated the same, and compassion meted out equally to everyone.

There are no reviews yet.

Be the first to review “Cedric by Barry Stebbing” Cancel reply

Tell Your Friends About “How Great Thou ART!”